The ideal point guard is a court savvy “floor general”, who possesses both a high basketball I.Q., and a tool box with a full compliment of ball skills.  Our “floor general” must be a leader with exceptional communication skills, and the ability to direct traffic. To keep his/her teammates in system, and to encourage/inspire their teammates along the way. This ideal point guard must be an unselfish player that makes his/her teammates better, and always thinks TEAM first.  Our point guard is expected to control the tempo of the game by taking care of the basketball (especially while under duress), and making the appropriate reads based on time, score, and situation.

Our point guard’s tool box must also include the ability to keep the defense honest.  A true triple threat that can knock down the open jumper, score off the bounce, or draw to dish/pitch into easy looks for teammates.  Our point-guard’s “handles” must be include the ability deliver a pass on time, on target, and tailored to the personnel.  Court vision is one thing, but having ability to think and connect on two passes ahead is an art.

And never underestimate the impact and importance of a point-guard, with a relentless motor, and a championship mentality.  This is a player who is “hard wired” to be confident, resilient, and mentally tough.  And when this type of glue player is your point guard, it is contagious and quite frankly, priceless.  It is rare to find a point-guard that possesses all of the above characteristics, but as coaches we are charged with mentoring all of our perimeter players to that end.  And when you do have that “ideal” point guard, don’t make any travel plans until after the state tournament.

Listed below are some ideal points, who I have had the pleasure to coach.  These women are winners!

Not pictured – Melissa Glazebrook.  Archbishop Mitty High School State Champion and current AMHS WBB leader in career assists with 845.  Played college basketball at the University of San Diego where she was a four year stater and a WCC Champion.  In high school, Melissa was a basketball teammate of Kerri Walsh, three-time Olympic Gold Medal winner in beach volleyball. 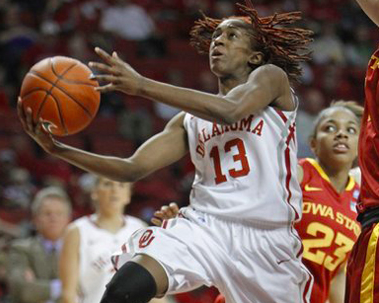 Kristin Iwanaga – Archbishop Mitty High School State Champion, member of the AMHS WBB 1000pt club, top three in assists and steals. At AMHS, her career win-loss record was 107 wins and 6 losses.  In 1999, KI was the point-guard on California’s State Team of the Year that went 31-0.  KI played her college ball at Cal Berkeley where she was four year stater.  KI’s senior year, she led the NCAA in free throw percentage with 94% and three-point percentage with 52%. (Photo courtesy of sfgate.com). 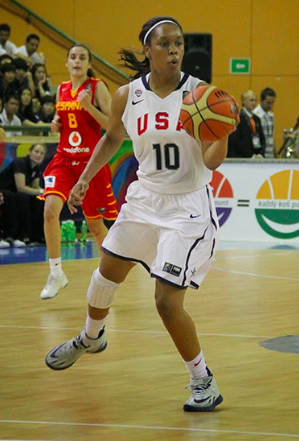 Asia Durr – Two time gold medal winner with USA Basketball at the U16 FIBA Americas and at the U17 World Championships in the Czech Republic. Asia led USAB U17 team in assists and second in scored.  Asia was named MVP at the FIBA Americas, and committed to play her college ball at the University of Louisville. Just recently Asia was named as a member of the U19 team for USA Basketball. (Photo courtesy of USAB).